Jean Francois Rauzier – the name itself speaks volumes about an artist whose creativity is spellbinding. An out of- the-box artist of a postmodern dreamlike world, Jean-François Rauzier derives inspiration from the future of our cultural heritage. With his imaginary architecture, he questions our perceptions of the world and the main themes in our society such as culture, science, progress, oppression, ecology, utopia and liberty. 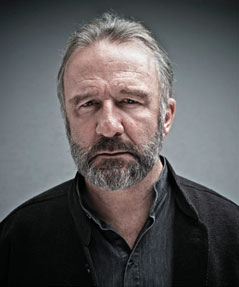 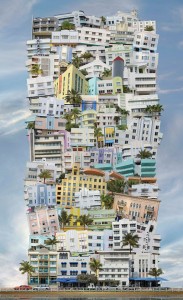 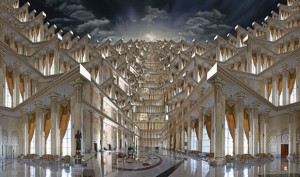 Famed for his imaginary architecture, and his many cultural and popular references in his artworks, he transforms the urban vestiges into veritable utopia. He imagines futuristic cities and our place in the modern world, across different construction plans. Called a ‘magician of reality’ by curator and art critic Damien Sausset, and included among the ‘digital baroque’ artists by Regis Cotentin, as a virtuoso of digital technologies, Jean Francois is recognised in diverse international institutions such as The Los Angeles Foundation Annenberg, Moscow’s MOMA, the Palais des Beaux-Arts of Lille, Cultural Institute Botanique of Brussels. 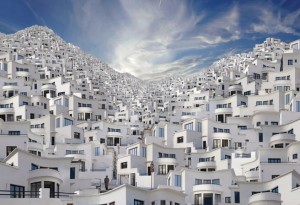 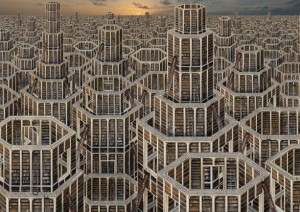 His artworks are a part of many private collections like the Louis Vuitton collections, Bernard Magrez collections, Versailles city, etc. In 2002, he created the ‘Hyperphoto’, a concept, which enables him to deal with the impossible – to combine both infinitely big and infinitely small things in one same image. 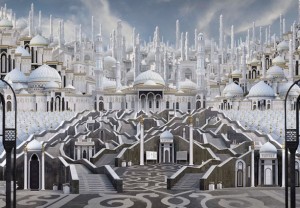 His multitude of images invite the spectators to an inside journey, in dream-like, fantastic and timeless worlds. These worlds are filled with icons and references born of the artist’s cultural hall of fame.