Growing up in the midst of people who have indulged in storytelling sessions, most of which were of gods and goddesses, or episodes from the Ramayana and the Mahabharata, artist Jayasri Burman has fond memories of them. 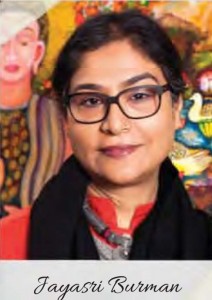 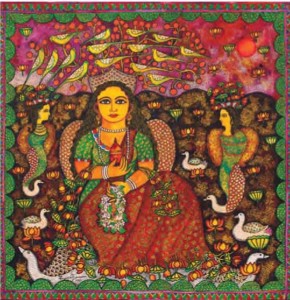 Th ese very stories have fed on her spirit and when she paints, these experiences spontaneously fl ow. Th e famed artist says, “Even when I wished to paint a girl, it instinctively took the shape of a mythical mother, sister and a friend. When this became a well-loved and accepted tradition, I started taking it seriously, and worked further upon it. Now, it just happens. I do not intend. I engage.” 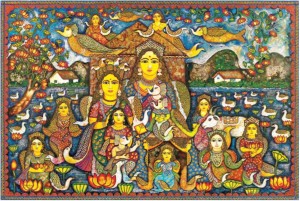 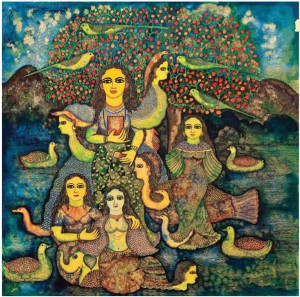 Mythical figures are a part of her coterie. However, she changes them with contemporary mannerisms. Jayasri has been highly influenced by the Kalighata pats and miniature paintings. She mentions, “I studied in Kalabhavan, Shantiniketan and was exposed to the artistic liberty to see things beyond. Looking at a leaf and seeing the molecules within. You could say I learned the difference between seeing and learning. To become an artist one needs to devote one’s soul timelessly.” 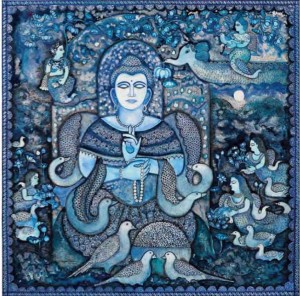 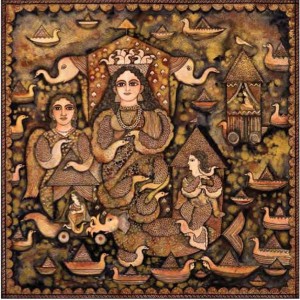 According to her, expression is never-ending. She says, “Even if I were to exhibit all the time, the final satisfaction is to remain with the restlessness, to be able to paint even more.” In future, the artist plans to work on plays, which reflect the varied facets of human personalities. Also, she is excitedly preparing herself to transform poems and stories onto canvases.