In the second instalment of our road trip series in Odisha, we are westward-bound to see what this section of the state has in store. 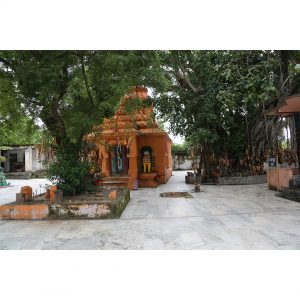 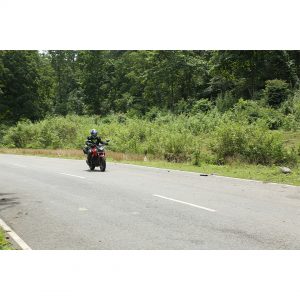 With Daringbadi and its scenic beauty fading away in our rear-view mirror, we were westward-bound, heading towards the Sambalpur region. Our first stop along the way was the legendary Leaning Temple of Huma. Situated on the bank of the mighty Mahanadi, as the name suggests, this temple has a peculiarity that is quite unique. It is one of the only two temples anywhere in the world that has a tilt or lean to its structure. The edifice of the temple, dedicated to Lord Bimaleswar, has a near 14° lean to it. Interestingly, there are a few smaller temples in the compound that also have a bit of slant, but they deviate in the opposite direction to the main temple. This phenomenon has both fascinated and baffled archaeologists and researchers alike and has been attributed to everything from displacement in the bedrock upon which it is built and weak foundations, among other theories. The Leaning Temple of Huma was built in the 1600s and, lean apart, it is a prime example of the Kalinga style architecture and a site of holy significance for the people of the region. 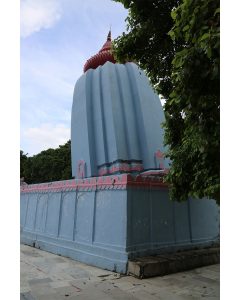 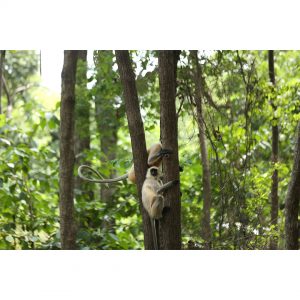 From the temple, we headed for the Debrigarh Forest Reserve just outside Sambalpur town, our stop for the night. To get to Debrigarh, you have to drive past the spectacular Hirakud Dam and we were fortunate enough to witness a glorious sunset there. The Hirakud Dam project was initiated in 1947, making it one of the first major damming undertakings in Independent India’s history. It was completed a shade over 10 years later, resulting in the formation of the Hirakud Reservoir that has a catchment area of a staggering 83,400 km². The construction of this dam helps controlling floods, provides irrigation to farmers in nearby regions, and has industrial applications too. 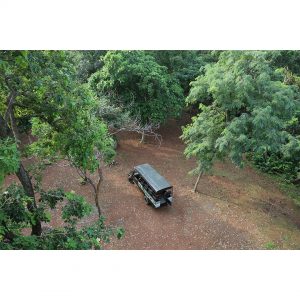 Onwards to the nature camp then and after a comfortable night spent at the Bison Block, recharging our batteries, we set off for a jungle safari. With the Hirakud Dam offering a sensational backdrop to the forest, we had a blast trying to spot some of the local wildlife. Debrigarh plays host to leopards, sloth bears, bison, langurs, spotted deer, and more. However, it seemed the wildlife was a tad shy during our stint in the safari and we didn’t spot much, apart from deer, a wild boar, and some langurs. 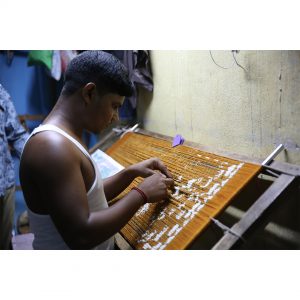 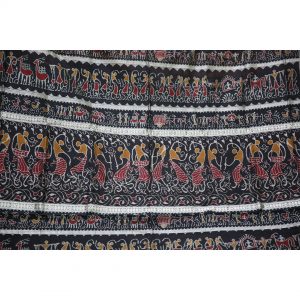 The following day we traded nature for culture and headed off towards the Bargarh weavers’ settlement to witness the intricacy and flair of the region’s signature ikat weaving technique. A complicated tie-dye approach sees the yarn submerged in dyes and then masked using thread to create pretty patterns and complex designs. Once this process is complete, the yarn is woven together to form the final sari. Even with a team of skilled artisans anointed with National Awards from the government of India’s Ministry of Textiles. 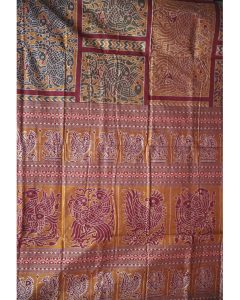 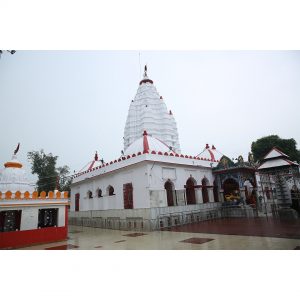 After spending a night in Sambalpur, we were off again. First, we visited the Maa Samleswari Mandir in Sambalpur town. Dedicated to the goddess Samleswari, this temple is a beautiful example of what granite, lime, mortar, and a lot of architectural nous can accomplish. The majestic pillars, soaring steeple, and peaceful ambience meld to offer a special tribute to Odisha’s beloved Devi Samaleswari. After participating in an aarti at the temple, we headed out once more. 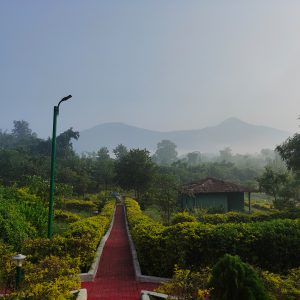 Our forays into the wilderness had only begun with Debrigarh, as our next destination was the Baghamunda in the bountiful Satkosia Tiger Reserve. We spent the night at the freshly renovated Baghamunda Nature Camp which is set amid picturesque hills in the Angul area. Of course, when in a forest, some wildlife exploration is a given. Only it isn’t your standard four-wheeled safari experience here. Dividing up the responsibilities, this process can take up to a month or more to complete. The result is well worth the wait, as the saris we saw looked amazing. In fact, so capable were the designs that some of the examples we witnessed had been. 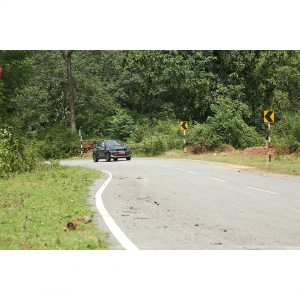 At nearby Tikarpada, you get to venture out on an exciting boat safari instead as part of the Odisha Eco-Tourism experience. As you motor through the astounding Satkosia Gorge, you can spot gharials, maggars, and crocodiles in the waters around you. We saw a maggar cutting through the river and even caught a turtle sunning itself on a rock. There’s also wildlife to be found in the jungles on either bank, with tigers, pangolins, leopards, and wild cats all residents of Satkosia just waiting to be spied. 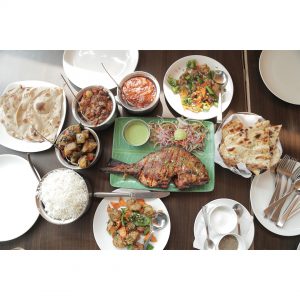 The western region of Odisha clearly had a lot to offer. We enjoyed some cultural sights, some fascinating temples, and a couple of dense and regal forests. With smooth tarmac and intoxicating vistas to be found along the routes that we covered, we felt quite vindicated by our decision to hunt for Odisha’s hidden treasures by road rather than any other means of transport. Our adventures in this magical state don’t end here though, as we have one more leg traversing through central and northern Odisha still to come.