by Arushi Chaturvedi
October 14, 2020Filed under:

Hopping onto our vehicle with the most scenic landscape for company, take a look at our road trip through the magnificent heritage and traditions of magical Odisha.

Equipped with a sense of exploration and a backpack full of essentials, we took the fruitful leap to explore the rich land of Odisha, that we were to discover, unlocks the door to a magical space that is packed to the brim with rare gems. Giving irresistible stops along the way, the architecture and history of this state kept us yearning to stay a bit longer wherever we went, relishing in the feeling of natural warmth. 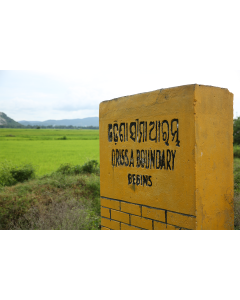 With the intention of leaving no stone unturned in this plentiful traveler’s destination, we started our road trip. We wanted to give ourselves a loose structure, just like all seasoned travelers, and so we chose to start our trip in the southern regions of Odisha. Our first stop was the famed Jiranga Monastery of Chandragiri, whose incredible cultural importance for the Buddhist community drew us towards it. But what had an equally bigger impact was its structure built in the Atanpuri architectural style of Nalanda, by architects from Nepal, Tibet and Bhutan, thus giving it a distinct look. Mesmerized by its transportive structure and visuals, there was still no missing the looks of wondrous worship on the faces of Tibetan migrants that chose this area itself as one of their six settlements within the country. Hearing it being referred to as ‘Phuntsokling’, meaning land of happiness and plenty, by the Tibetan refugees showcased to us just how significantly impactful this place was. 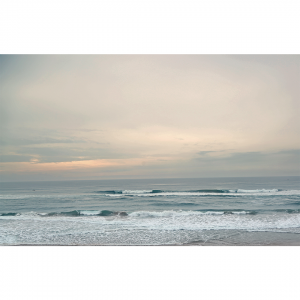 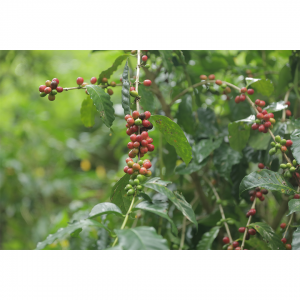 Wanting to stay longer, and yet motivated to hit another key area on our road trip, we found ourselves relishing at the Gopalpur Beach next. Unlike the crowded chaos of the popular beaches we had been to before this, this pristine beach felt like a hidden gem that only we were able to find and value. The local fishermen informed us of the rich history linking the beach to the glorious seafarers of Kalinga. Mostly untouched, the beach felt like we were sitting in the lap of nature, that somehow had been left unperturbed by humans. The clean water, and sonorous beach, genuinely were a healing experience for our city-worn spirits that relished in the chance to enjoy nature at its best. While a look and stroll further gave us a wondrous view of The Palm Beach Resort that was originally built in 1914 and still casts a spell with its maintained grandeur. But this is not the only reservoir of history that this place holds, as walking through the adjacent streets revealed dilapidated structures that still conveyed architecture that had once made bright the region with its attention to detail and craftsmanship. One personal recommendation is to get up early in the morning to enjoy the fresh and delicious catch that is available in the local fish market here. 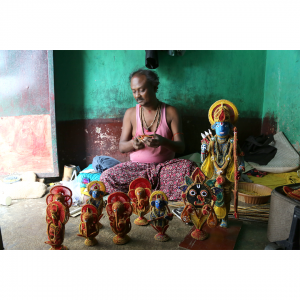 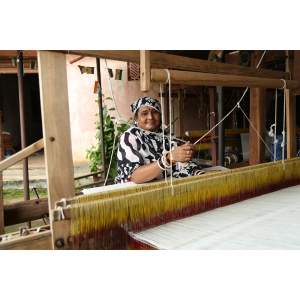 No road trip can be complete if you choose to not engage with the locals and their cherished form of crafts and traditions. Having seen sites that held both emotive and cultural importance, now we felt was the perfect time to indulge in some meaningful immersion into the lives of the beautiful people of Odisha. It lead us first to Behrampur and then later to Koraput. Behrampur gave us the chance to understand the making of those traditional silk sarees that are the envy of all. Not just the chance to own one, but this place also gave us a brief glimpse into the lives of the talented artisans that imbue these fabrics with their loving soulfulness. In the 300 Kilometers away located Koraput, we got a chance to meet the Adivasi community and their Dongaria and Ikat work that has attained worldwide fame. Their warmth in inviting us into their homes and generosity in showcasing their masterful creation of textiles and figurines with traditional motifs, made with techniques that have been passed on from generation to generation gave us memories to cherish. 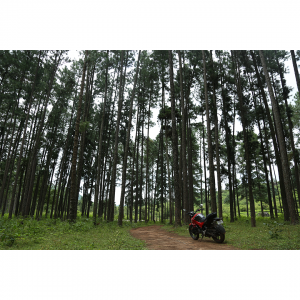 Having taken a walk through the lives of the people and incredible artisans that showcase the rich heritage of this space, the next stop on our road trip took us to precious Daringbadi region, often dubbed the ‘Kashmir of Odisha.’ As we neared this location, the entire setup changed, giving us the sensation of true bliss in green splendour. A space specially dedicated to the enjoying life away from concrete jungles, the Nature Camp here offered us a healing proximity to nature. With clear access to beautiful sunrises and sunsets, amidst the enchanting smell of pinewood trees that fills the air, was truly memorable. We experienced the best time walking through this lushness, especially when we could later add to the calming sensation by traveling 15 kilometers to the Midubanda Waterfall. Hidden away in a way that is reminiscent of a fictional space, the magnificent visuals and sonorous sound of water created here the perfect setting that energized us organically. And whatever extra boost we needed was provided to us by the freshly prepared coffee that was waiting for us right outside the spot. 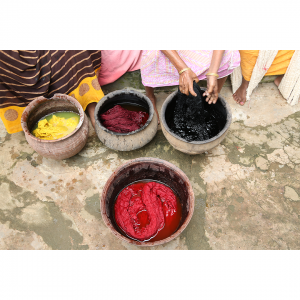 Despite covering a small portion of all this plentiful land, its people and their traditions had to offer, it left us genuinely wanting much more. It was the perfect lead up to World Tourism Day, held on 27th September of every, and which was chosen by the Odisha government to hold the Superbike Rally in Bhubaneswar, branded Kalinga Rides, that sheds glorious light on the treasures that this state holds for all travel fanatics. Held in tandem with Odisha Tourism, this 100 kilometers rally from Bhubaneshwar to Chilika lake offers a chance to further celebrate this land and ignite a passion to further explore its hidden gems. A project that has honestly already taken inextricable root in us!